DDObjects is a remoting framework to be used with Delphi 5 to 7 as well as Delphi 2005 to Delphi 10.4 Sydney (32 and 64bit) which originally was begun out of personal interest for technologies like DCOM, RMI, Corba etc. A main goal in the development of DDObjects has not only been to keep the code one has to implement in order to utilize DDObjects as simple as possible but also very close to Delphi’s usual style of event-driven programming. 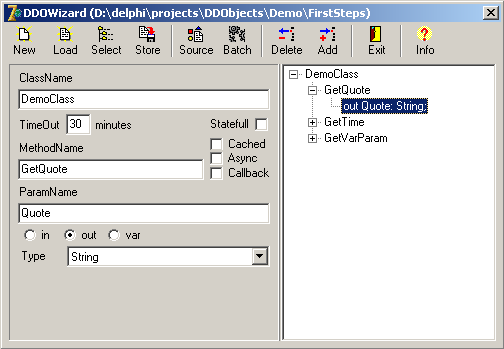